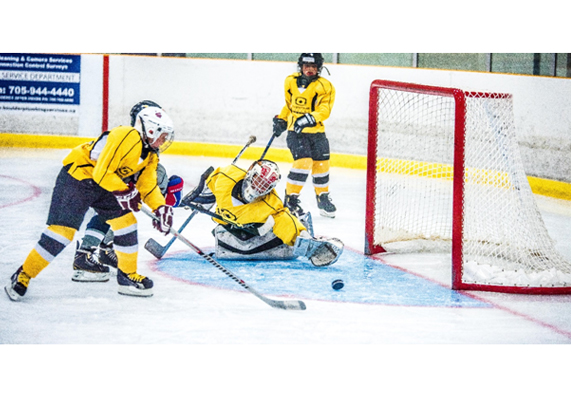 Our 4-on-4 league operates out of Eastern Ontario and is based on a fun-first, fair play approach to the game. Play in all divisions is non-contact and there are no practices. Each team has an OMHA certified volunteer coach and an HTCP certified volunteer trainer. All games are refereed by certified officials. All players receive a jersey and socks that are theirs to keep.

The 4-on-4 season begins in mid April and ends in mid June. The season ends with a Championship Day during which games are filmed and commentated by DVP Sports. Team photos are taken, all players receive medallions, and the championship team has its players’ names lasered onto the OHC Cup.

While scores and standings are maintained during our 4-on-4 season, the focus is on skating, puck handling, passing, and play making. With two less players on the ice and a no-icing exception to the rules, action is non-stop and all players are involved in the game.

The goal of our fun 4-on-4 leagues is for all players to experience hockey in a positive, no pressure atmosphere; to be encouraged to take risks and to try new things; and, most importantly, to gain greater confidence and skill on the ice.